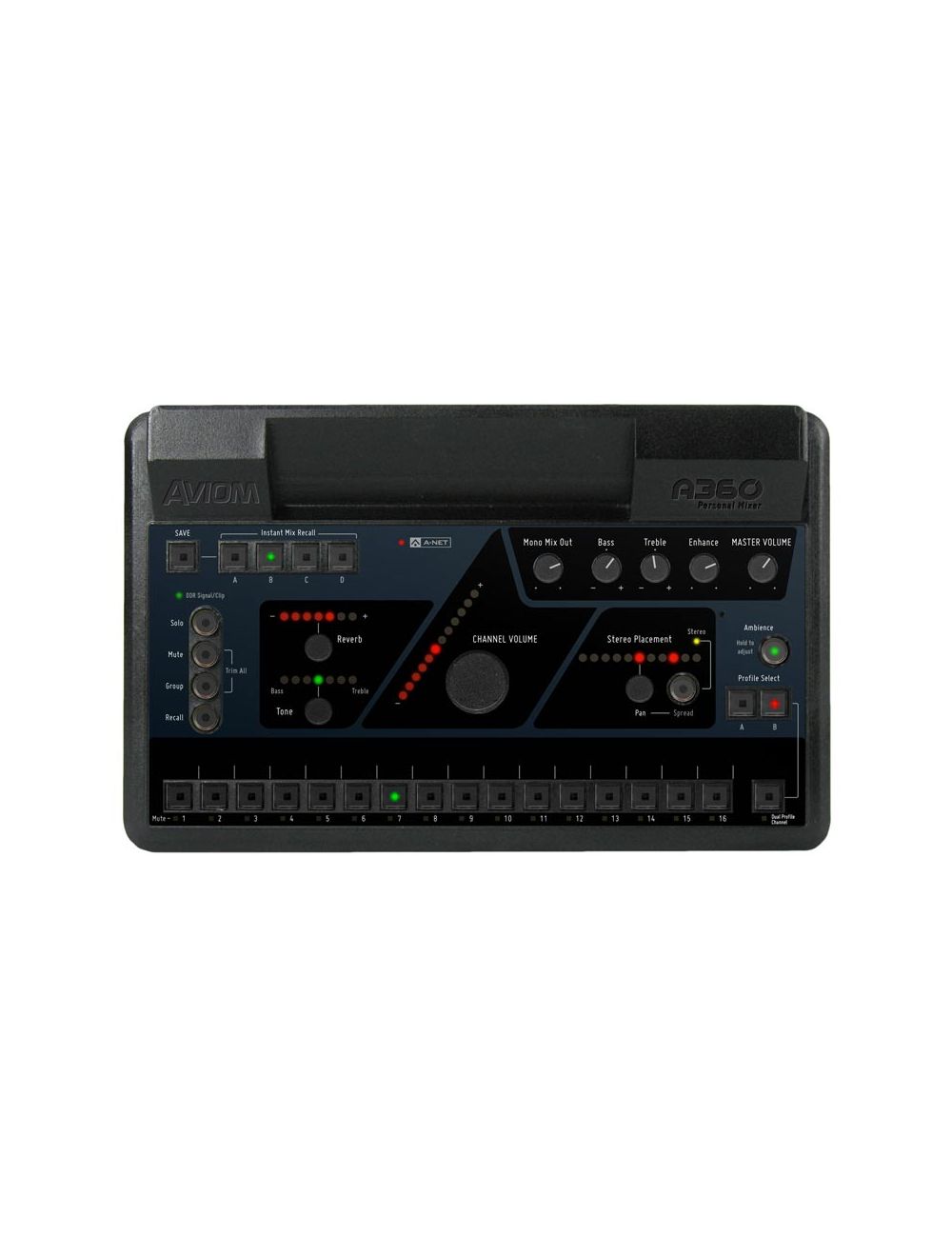 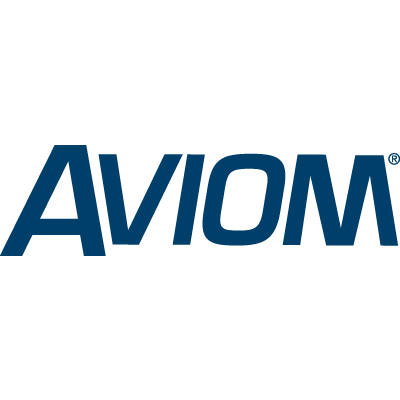 Aviom’s A360 36-Channel Personal Mixer brings new levels of control and customization to personal mixing and is the perfect solution for controlling musicians’ monitors on stage or in the studio. It includes an advanced 36-channel mix engine.

The Aviom A360 Personal Mixer delivers an unparalleled level of control, performance, and fidelity to personal mixing. With more mix channels, powerful features, and the streamlined user interface Aviom Personal Mixers are known for, the A360 helps musicians hear better than ever before.

Mixing power made for musicians

The A360 gives musicians a powerful combination of power and simplicity. Even the most demanding musicians can get the mixes they want, with rich sound and outstanding clarity. And it's all in a package that's easy to use, even while you're focused on singing or playing.

Choose the channels you want to mix
Under the hood, the A360 has a mix engine with loads of power, so you don't have to make compromises in your mix. Every user can select exactly the sources they want to mix—from up to 64 of them—so drummers can have lots of drum channels and the vocalists can have lots of vocal channels.

Hear each source more clearly
Each A360 mix channel can host a mono or stereo source and may be adjusted for volume, stereo placement, tone, and reverb. With more control over each channel, you get a better sounding mix fast.

Stereo fidelity in every channel
Each mix channel on the A360 can be either stereo or mono—which means you don't have to give up the fidelity of your stereo keyboards, guitar effects, or submixes in order to save channel space on your personal mixer.

Every audio source can be heard in full stereo fidelity without taking up additional space on the mixer. This both ensures that every channel sounds its best, improving the fidelity of the overall mix as well, and frees up space for more mix content—without adding more complexity for the musician.

Get to your favorite channel—or settings—faster
The A360's Dual Profile Channel reserves prime real estate for each musician's favorite or most important channel, so you don't have to spend even a beat looking for it.

As a bonus, the Dual Profile Channel also adds two sets of mix settings for that channel, instantly accessible through the A or B profile select buttons. In a single touch, you can make your channel louder, brighter, and wetter.

Get more out of your in-ears
The reality for many musicians is that the switch from a wedge to in-ears can be disappointing. The A360 can change all that. Designed from top to bottom with in-ear monitors in mind, the A360 gives musicians the controls they need to make their in-ears sound better than ever.

With high-resolution panning for mono channels and the independent pan and spread control for stereo channels, every source can be positioned precisely in the stereo field of the mix, reducing musicians' sense of isolation and improving the clarity of the entire mix.

Feel your in-ear mix
The A360's Mono Mix Out has a dedicated volume control and XLR connector. You can use it for a powered wedge, but it's even better for adding a tactile subwoofer, such as a Bass Shaker or Buttkicker. Musicians can once again experience the tactile feedback they may be used to when using a floor wedge or speaker cabinet while still enjoying the clarity and convenience of in-ear monitors.

Extend the interface with iOS
A360 Display is an iOS® app that augments the hardware interface with multi-channel views that show each channel in the context of the mix as a whole.

Take your mix with you
Save everything about your mixer—mix settings, channel assignments, names—to a USB thumb drive for safekeeping or transferring to another unit. It's never been easier for multiple ensembles to share personal mixers or for those on tour to be sure their mix settings are preserved from show to show, even if you're using rental gear.

Reviews
Write Your Own Review